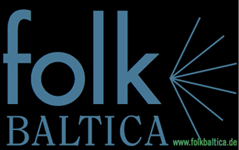 As the new artistic director of folkBALITCA festival Harald Haugaard will participate the
coming festival April 17th – 21st with a few smaller features. Haugaard participates the
opening concert in Alsion, Sønderborg Wednesday the 17th, “Geigen der Nacht” in Neukirchen
Thursday the 18th and the final concert “Wehmut ind Hoffnung” in Flensborg Sunday the 19th.
Furthermore Haugaard will conduct the festival’s new youth ensemble at their concert Sunday
the 19th at Flensborghus.

folkBALITCA festival is based on the border region of Germany and Denmark and is known for
it’s innovative and creative profile and has Poland and Polish music as main focus this year.